THE ART OF BEING A VIRTUOSO

This documentary offers deep insights into the world of the piano artist and music star LANG LANG. A life in the limelight, which also has its downsides. LANG LANG opens confidently to the filmmaker, the camera always close by: in the recording studio, during a shoot with top photographer Bob Krieger, in his hotel rooms as well as behind the scenes of "La Scala" in Milan, where he plays four-handed with jazz legend HERBIE HANCOCK – or during the award of the honorary doctorate by PRINCE CHARLES.

Travel by limousine or private jet - to London, Vienna, Chicago, Munich, Beijing and Schenzhen, where Lang Lang opens his first own music school, the "Lang Lang Music World": the normal madness in the life of a pop star of classical music.

The musical leitmotif is LANG LANG's Liszt concert in London's legendary Roundhouse, the spectacular venue of the "iTunes Festival": a premiere of a special kind, as LANG LANG is the first classical musician to enter this stage. He plays works of his idol Franz Liszt: a homage to the historical role model, the first pop star of the piano, on the occasion of the 200th birthday of the composer.

A film by THOMAS GRUBE

A BOOMTOWN MEDIA production
in cooperation with SONY CLASSICAL and ZDF/arte. 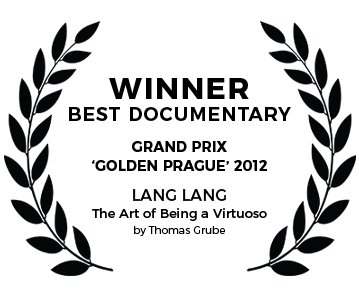