"On leaving the cocoon of childhood we feel physically isolated. For the rest of our lives we vacillate between being alone, vulnerable and mortal and being drawn joyfully to unite."

ELEMENTS OF MINE shows a day in the lives of two dancers. They rove through Berlin with only two requisites – a half-pipe for a skateboarder, and an ikosaeder, which is a Labanian three-dimensional form. With these they give street-performances, some of them in front of high-tech architecture. Day-dreams tend to mingle in their daily performances, drawing them into worlds of fantasy. The performers are mirrored by an elderly couple, who at times seem to be lovers, albeit elderly, and at times a shadow of nearing age, till both lines cross.

"Our skins divide us but are also our means of contact with each other and everything else. Our strongest impressions are of touching, tasting and smelling."

This dance film is a European project. The dancers JORGE MORRO (from the Comic Opera in Berlin) and NICOLA MASCIA (from the company Sasha Waltz) grew up respectively in Spain and Italy. The choreographer NORBERT  SERVOS lives and works in Berlin. The director KHALED EL HAGAR is an Egyptian living in England (Birmingham) like the cameraman and photographer ANDREW CATLIN (Hastings).

A film by NORBERT SERVOS and KHALED EL HAGAR

A BOOMTOWN MEDIA production
in co-production with NDR/ ARTE 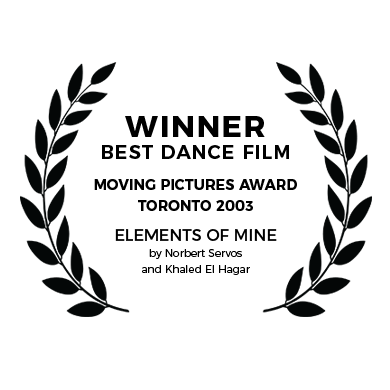